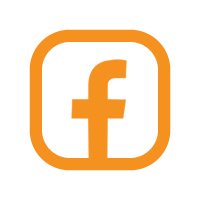 Improved separation of the mould from the casting surface

This release of lustrous carbon significantly reduces the undesirable chemical reactions which usually occur on the mould surface in contact with the hot metal and have negative impact on the casting surface causing various deformations. The lustrous carbon also decreases the possibility of liquid metal to penetrate into the mould surface; its soft phase at high temperatures helps reduce the consequences of quartz sand expanding and enables improved separation of the mould from the metal after the casting process is completed, which reduces the loss of sand from the system.

BENTOPROCARBO is produced with different content (20%, 25%, 30%, 35%, 40%) of lustrous carbon formers depending on the needs of a specific foundry, its technological process and production program.

BENTOPROCARBO is characterized by excellent binding properties, good thermal stability and stable quality. It can be used on different lines for preparation of sand mould and casting, including the highly automated production lines.

Depending on the concentration of the lustrous carbon formers and specific needs of the casting process, BENTOPROCARBO can be used alone or in combination with BENTOPRO-A (one-component or two-component approach).

BENTOPROCARBO is manufactured exclusively from the natural raw materials and with full attention to avoid the unacceptable effects on the environment, working conditions and human health.

Some of the expected effects of using BENTOPROCARBO are:

BENTOPRODUCT offers reliable, continuous and on-time deliveries according to the customer's requests.

To be stored in original packaging in dry place.